How Have I Changed?

5.) Find a photo of yourself from 10 years ago and display it on your blog along with a current photo. How have you changed since the day this photo was taken? 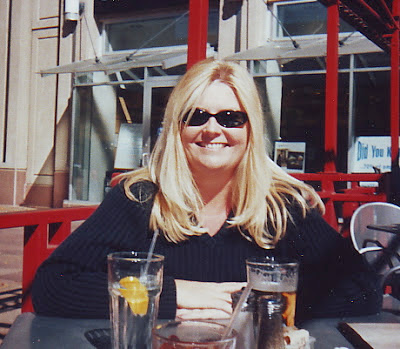 This girl....is so strong!  She survived a troubled past and started a brand new amazing life in the big city. She has her own apartment and runs (kind of) several times a week on a beautiful trail in Littleton Colorado.  She enjoys having salads for dinner and a glass of wine in front of the TV.  She has a few friends that she goes out with, her best friend is a bitch and she loves the Denver Broncos. She drinks beer.

Her job is going well and she enjoys the company of several men that she's met on dating websites.  She has just met the father of her children and she called him the day this picture was taken to see if she could stop by his little shit-hole of an apartment but he was busy watching Deep Space Nine or something like that.

She really wants to have children someday and is pretty confident that it's going to happen because she made a list.  She believes in karma and telling the universe what you want, what you really really want. Her biological clock is ticking.

This girl dreams big and is passionate!  You'd better not stand in her way or you'll get knocked down.  She thinks her luck is about to change. 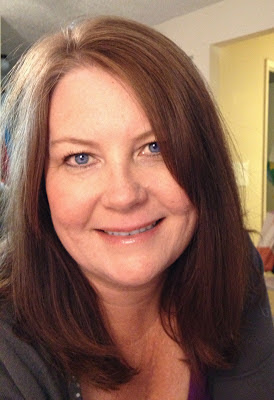 This girl is.....a woman now.  She's married to the man that argues with her constantly love of her life and she has two beautiful children.  As she sits in her tiny apartment, surrounded by legos....she misses her old house with the stairs and the yard.  Then she realizes that she doesn't have to spend hours cleaning and can watch the Real Housewives instead. She is always on a diet and drinks wine at night, in front of the TV while her husband is engrossed in his iPad.  She has great friends and belongs to the PTA.  She's in a book club.

She loves to travel, read and knit.  She volunteers at school like it's her job and enjoys spending time with her family.  They are huge Bronco Fans and her husband has season tickets.  On the few date nights with her husband she loves dressing up and going to the theatre. She's a foodie and likes trying new things.

This Mama dreams big and is passionate!  You'd better not stand in her way or you'll get knocked down....but then, she'll help you back up and talk you into whatever it is she's got up her sleeve.  She feels like the luckiest woman in the world!

Linking up with Mama Kat for Writer's Workshop.
Scribbled by Connie at 8:26 AM