Keith's parents and brother left early on Christmas Day.  We had our fancy meal the night before and had lots of leftovers from the 4 days they were here so we decided to have popcorn for lunch and see Into The Woods. 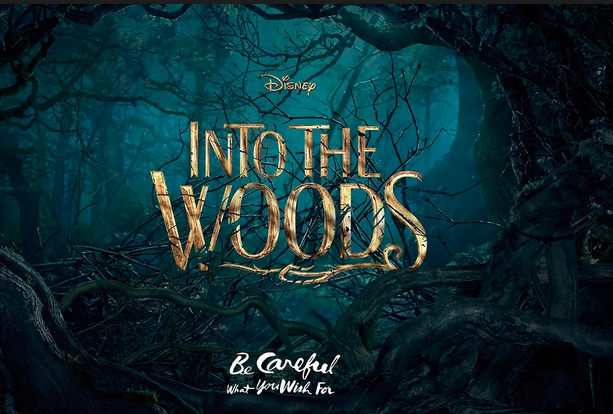 I was completely unfamiliar with this movie that started as a play.  My husband had seen the play a long time ago and owned the soundtrack.   Needless to say, he was very excited to see it made into a movie.

The trailer for Into The Woods has not really let on that this is a musical.  If you aren't expecting practically every single word to be sung, then you might be in for a shock.  Do not see this film if you hate musicals or have a migraine.  All of the singing might be too much for you.

My family happens to LOVE musicals and we were thrilled that even some of the talking scenes were sung by the actors.  The set design and music is just wonderful.  You really feel like YOU are in the woods and it isn't even 3D.

I have to tell you that I was very uncomfortable with the scenes between Red Riding Hood and The Big Bad Wolf (played really well by Johnny Depp).  If you are taking small children to this film, you might find it inappropriate.  Luckily, my kids only read into it that he wanted to EAT her.  There is also lots of scary parts at the end but my kids took it in stride.

I absolutely loved Anna Kendrick in this film and Chris Pine is fun to look at.  His hair is puffy and the song he performs with is brother is funny and clever.  I cried during the scene in the tower with Rapunzel. 'Stay with Me' is one of my favorite songs from the film.

Into The Woods is nominated for a Golden Globe for Best Picture.  Emily Blunt and Meryl Streep are also nominated for best actress and supporting actress.  They should all win!
Scribbled by Connie at 7:58 AM 2 comments: Links to this post

By now all of the Dennison PTA Chairs have received their Christmas gifts.  This is my second (and likely last) year as the PTA President so I wanted to give out something that was special.  I'm proud of the PTA logo that my husband made for me last year so I had an idea! 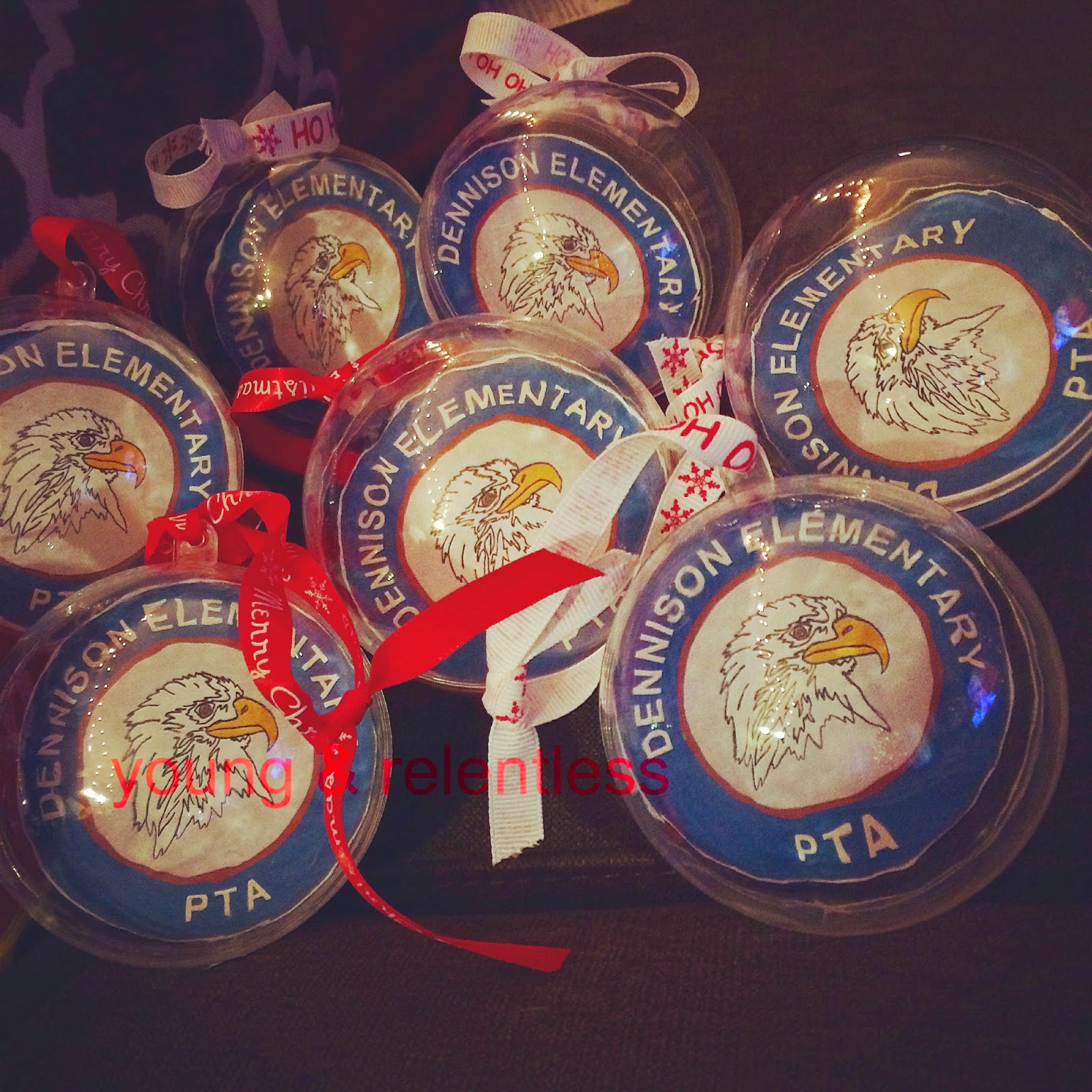 I made Christmas ornaments with our logo!  In my fantasy, these 27 people will put this ornament on their tree every year and have warm fuzzy feelings about how they have made a difference and done amazing things for Dennison.  Well...that's how I feel when I look at MY ornament.


I'm proud of what the parents at my school do for all of the kids.  Every single thing is done by a parent.  A parent that cares and gives their time.  The kids at Dennison are better because of our PTA.

Thank you to anyone and everyone that volunteers in any PTA.  Your commitment and time is appreciated. 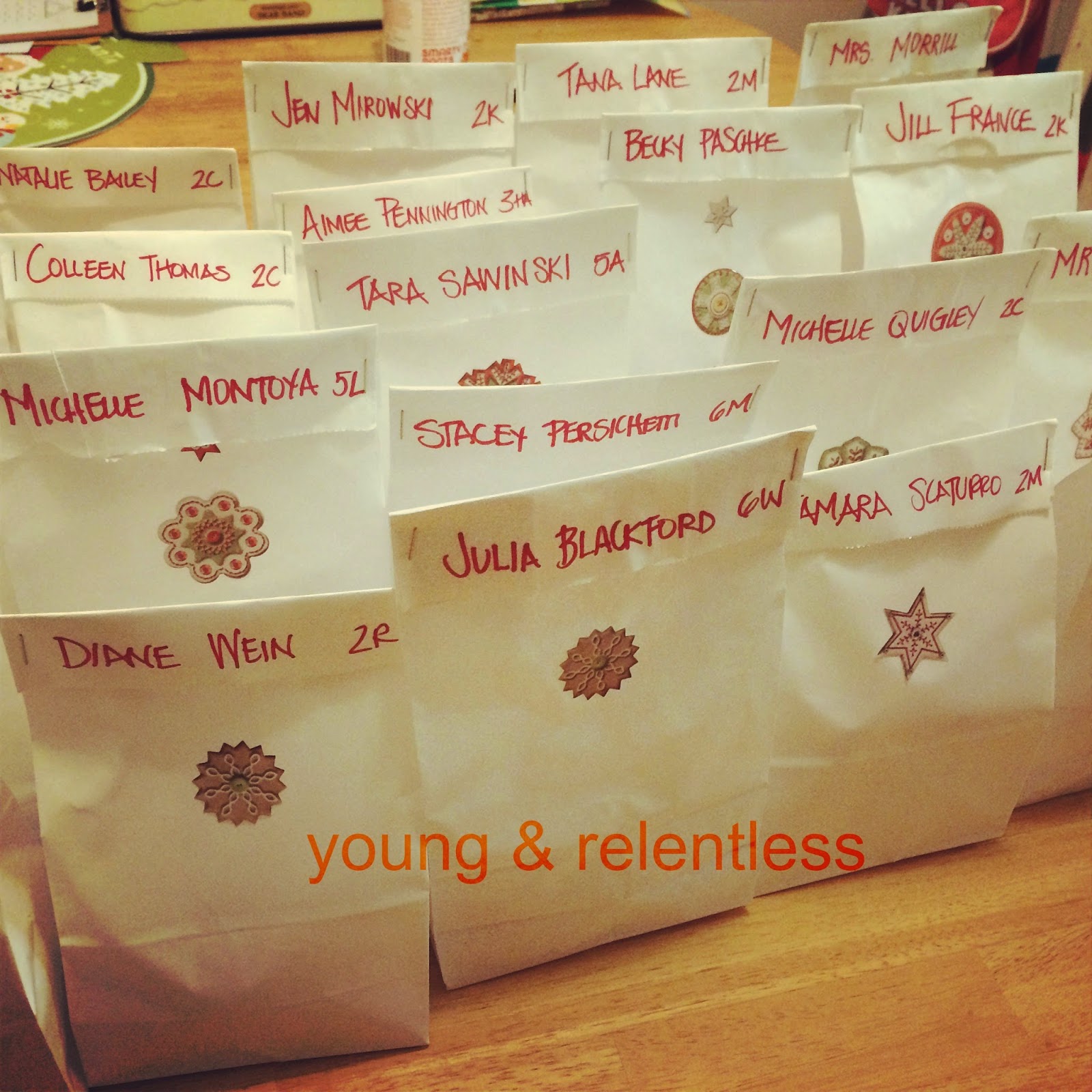 Scribbled by Connie at 10:22 AM No comments: Links to this post

Email ThisBlogThis!Share to TwitterShare to FacebookShare to Pinterest
Labels: PTA

I have a food blog that I can't remember the log in for because I haven't posted on it in over a year.  How lame is that?  The good news is that I've decided to post a yummy Christmas treat recipe here!

You have to make these.  They are so good and super easy.  Meghan did most of it herself and she is only 7.

NOTE: My dear husband says that a truffle isn't a truffle without booze in it.  I disagree.  I think he just likes those better. 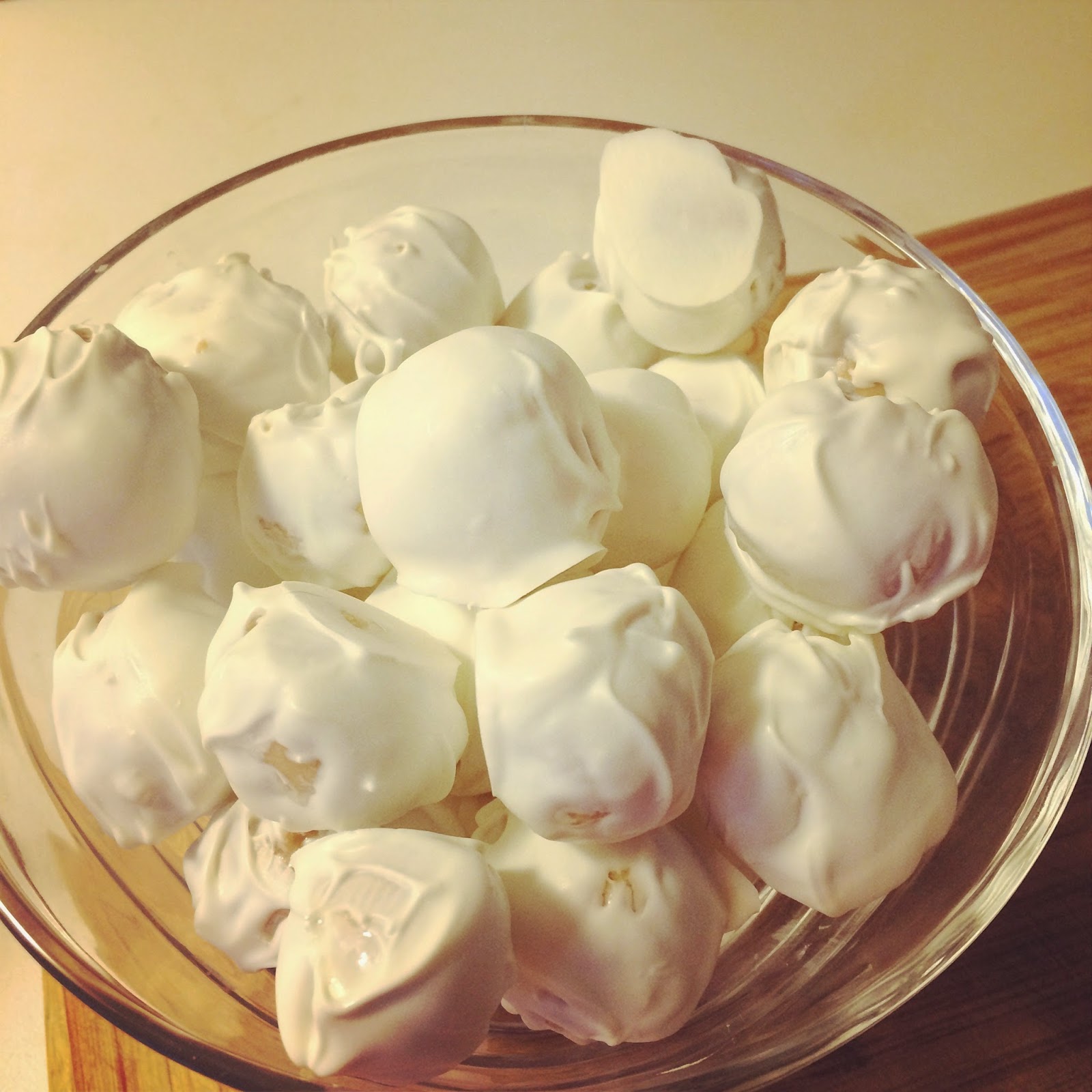 Mix together the sugar, butter and peanut butter.  Roll the mixture into 1 inch balls and put on baking sheet covered in wax paper.  Chill the pan in your fridge for 30 minutes.

In a microwave safe bowl, melt the chocolate disks.  Microwave for 1 minutes, stir and then go for 30 seconds more until the chocolate is melted and shiny.

Roll each ball in the chocolate and put back on the baking sheet.  Chill again for 20 minutes and then enjoy!

* You can use the entire bag of chocolate disks.  It will only make them more better.  We were trying to cut back the sugar/calories just a smidge.

Scribbled by Connie at 7:49 AM 4 comments: Links to this post