The Ship is Sinking and I'm Going Rogue

I hung out at a coffee shop with my friend Sara yesterday.  We've both been in a funk and needed some time with a friend and it's always nice to get the kids together.  We tired to catch each other up on the last couple weeks of our lives in between breaking up fights and consoling children that fell and skinned their knees. 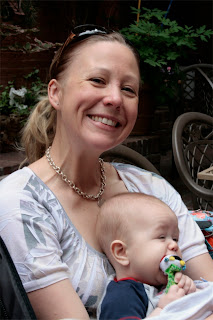 I know you all won't believe this but I was telling Sara that I finally feel comfortable living in Utah and I don't want to leave.  I had a conversation with Keith the other night about the possibility of him working from home and....staying.  He said no.  He doesn't want to be here.  The problem is...he hasn't made the friends that I've made. 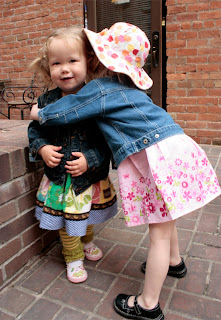 The Jean Jacket Girls
I still keep hoping that Congress will not allow the Constellation project to be cancelled and that we'll be here for a while longer.  That the show will go on and our lives will stay the same.  I've told you before that I have this fear of the unknown....our apple cart is tipping and I can't keep it from happening.

Yesterday on twitter I saw a tweet from a gal that works Constellation in TX...she actually works for N.ASA and she was panicked.  You see, the Project Manager for Constellation was fired yesterday.  His crime was *going rogue* and trying to support the project and he became a lightening rod for controversy. 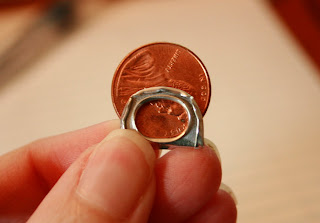 N.ASA Engineer's Money Clip
I think I'm starting to understand why American's Republicans have gone into hiding and don't want to speak up about the things they don't like taking place in the White House.  If you don't agree with the play going on in the sand box, you'll be thrown out.

This event caused quite a ruckas.  Soon after Lockhead announced they would be letting go of 20%  of their workforce next week.  The end is near....

This event also shook up our household. The ship is sinking and we don't have enough buckets to bail the water.  It took two bottles of red wine but I finally got Keith to agree to a plan of action.  A plan that will hopefully return us to Denver.  If we have to go anywhere...I'd rather go home.

Luckily...I have something exciting to keep my mind off from our lives being shook up.  On Saturday night...I'm *going rogue* and I'm joining my partner's in crime in the kidnapping of Jessica Bern.  She is speaking at a blogging conference in Salt Lake and The Three Musketeers (me, Bobbi and Chris) are snatching her from her hotel and we're going to look for some trouble.  I'm bringing the video camera.....


The reason that this is really exciting is that Jessica is famous.  She is a comedian and has appeared in many TV shows and commercials. I'm pretty sure we'll end up in next week's US WEEKLY right next to an article about why Kendra isn't wearing her wedding ring.
That reminds me...Bobbi, don't forget to alert the paparazzi.
Scribbled by Connie at 10:42 AM