Week four of The Bachelor brings the ladies to Park City Utah! It's a beautiful place and appears to be fall.

The first date card goes to Rachel and it says let's let nature take it's course.

Ben arrives to retrieve Rachel and they fly off in a helicopter. This sends poor Kacie B into a tailspin of dispair. She just can't believe that her boyfriend is dating someone else.

Ben is anxious to get to know Rachel because she is mellow and easy going. The helicopter lands near a lake and they get into a canoe. They don't seem to have much to say to each other besides how clean the air is and how calm the water is. The most exciting thing that happens is when Ben points out a beaver dam.

At dinner, Rachel explains that she has trouble opening up and this makes him so happy that he gives her a rose.

The group date card arrived during the super boring lake date and it says let's see if you're a great catch? Ben is very excited about this date because he loves the great outdoors.

The girls all pretend to be excited to see the hip waders on the edge of the river. They are told that they are going to be fly fishing and just like last week...Ben is the only instructor. Courtney says that she is going to turn this into a one on one date and lures Ben downstream. Lindzi tries to break in right as Courtney catches a fish. 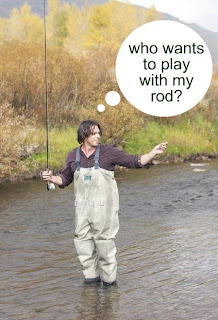 They all change clothes and get some drinks. Ben is wearing a hoodie and flip flops while the ladies are all wearing dresses. He tells Casey S that he's been in love 4 times. Nicki thanks him for all of the group dates and then they bond over dead friends.

Samantha decides to use her time complaining about being on all group dates and thinks she deserves a one on one. Ben tells her that she hasn't been behaving well enough on the dates to get one on one time and that she's highly emotional. And then he tells her that things aren't going to work out and she should leave.

The next date card goes to Jennifer and it says something about picking their love song.

Kacie B gets some one on one time in Ben's room. They keep talking about how hard it is and he says that he wanted to kiss her in the river which sounds really dirty to me.

Courtney gets some time with Ben in the fireplace room. She tells him that she's having such a hard time and complains about how Lindzi interrupted their time in the river. Her poor me act works and Ben goes to get the rose to give to her. She looks into the camera and says WINNING. It's so unfortunate that Courtney didn't realize that WINNING would be so 2011 and the catch phrase of assholes.

Jennifer's date with Ben involves hiking in her tennis shoes, jumping a fence with a NO TRESPASSING sign and going into a crater that is covered with a cage to keep people out. Something tells me all of this danger isn't turning Jennifer on. They drop into a pool of warm water that doesn't appear to have a way out and kiss. Oh so romantic!

Later they ride a ski lift up the mountain and have dinner. There is lightening and thunder which is never a good sign in Utah. Ben wants to know about her relationship history and she says she had a long term love that refused to marry her. Ben says he needs someone who is independent and flexible because he never knows what's going to happen in his line of work. It rains and Jennifer gets the rose. They take a tram back down and walk upon a concert. It's Clay Walker! I actually do know who Clay Walker is.

Ben thinks his wife is in the room. Courtney feels like a bomb is about to go off and Jennifer likes the feeling of having a rose already. Emily decides to talk to Ben about how Courtney is different with him than the girls. Then talks to Casey S about what she said to Ben not realizing that she is friends with Courtney.

Casey S runs to Courtney and tells her what Emily said and then taunts Emily. Courtney says she's done being nice and then says she'd like to shave Emily's eyebrows off while she sleeps.

I have no idea where this picture came from....it wasn't included in the show last night. 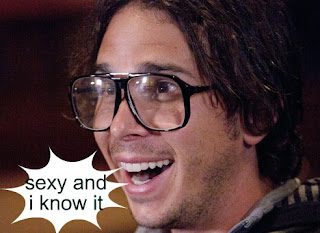 And the roses go to: (in the order that I like them)

NO ROSE FOR YOU!
Monica (mean girl from Utah, likes girls, misses her dog, has a tramp stamp)
Samantha (cute blonde from CA, wore a sash the first night, hates Blakeley and group dates)

NEXT WEEK:  The ladies are going to Puerto Rico which Courtney just visited two months ago. *connie rolls her eyes* It looks like Courtney is going to take her clothes off for Ben.
Scribbled by Connie at 2:13 PM