Santa and The Color Purple

Hey everyone! It's been a crazy couple of days...staying really busy and visiting friends. Yesterday was all about the kids! We decided it was finally time for them to meet Santa.  Someone please tell me if not allowing parents to photograph their kids with Santa is the norm?  I refused to pay for their photo packages so I snuck across the way and took my own pictures.

Mallory was too afraid to sit by Santa but when he asked her what she wanted for Christmas she said a Pink Bicycle!  And then he fist bumped her.  That Santa is a cool dude. 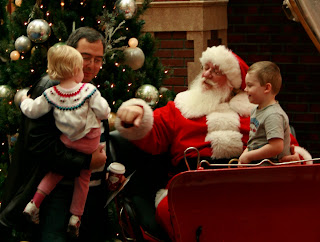 Alex had a great chat with Santa about the trains he owns and the one's he wants. I was most impressed that this Santa knows his stuff....Alex said pink train and he knew it was named Rosie. 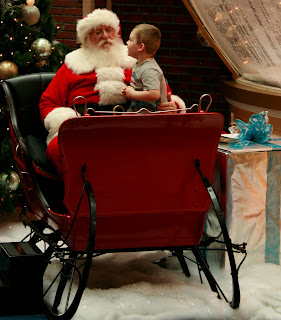 We also went to the Denver Aquarium in Downtown Denver.  The kids loved seeing all of the fish and were surprised to see Tigers there too.  We had lunch in their restaurant and were able to sit right next to the giant fish tank that takes up half of the eatery. 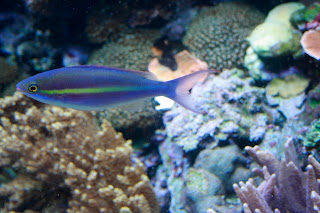 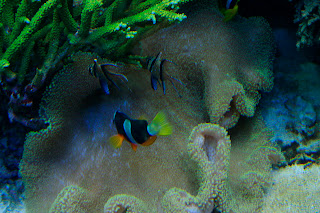 We ate with the Fishies. 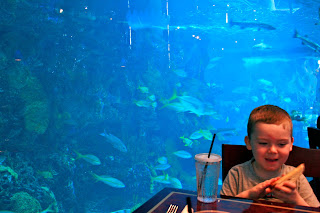 Mallory and I left the boys in the Apple store and we went searching for a purple dress.  She just loves the color purple and wanted a dress to add to her now growing collection.  We hit the mother load in Macy's and she ended up selecting a beautiful dark purple knit sweater.  She was so much fun to shop with and I'm so thrilled that she is my shopping buddy! 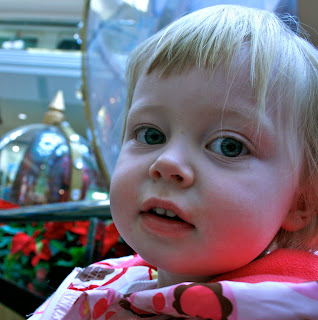 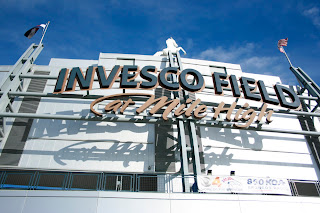 We also needed to visit Invesco Field at Mile High because the kids needed some Bronco Gear.  We suspect that we are responsible for the Bronco's decline over the last four weeks because our children didn't have proper attire.

Today...we're going shopping again.  The Target in Ogden was completely sold out of any size 7 shoes for poor Mally (due to the baby boom of 2007) and now I need some boots since I fell in a snow bank yesterday.
Scribbled by Connie at 10:14 AM