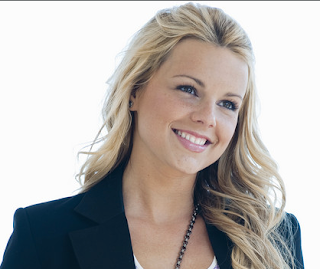 The Bachelorette is starting to feel like The Amazing Race meets The Love Connection! Bobbi and I got a little drunk last night because we decided to add a new line to the drinking game.


Every time Kasey says HEART...take a swig of your drink.
Good thing we were drinking Mountain Dew! After the show aired last night some rather upsetting fabulous news broke on twitter. Jake and Vienna have broken up.  I'm guessing that she hasn't become a big star after becoming engaged to Jake and he got tired of her being a tramp.

I wanted to post pictures but ABC is being a jerk and hasn't posted any on their website.  If they do...I'll add them later.

This is the second time you've sent a Bachelorette to the frozen tundra and I don't like it one bit.  There are a number of reasons that this troubles me beginning with the ugly hats and parka's that are impossible to pin a rose on, the inevitable extremity (wink wink) shrinkage from the guys going from the hot springs to the freezing cold temperatures to the frozen roses.  Also...dates on donkeys...really?  Poor Craig.

P.S. Thank you for the subtitles on Kasey during the reading of the shitty poetry.
P.P.S. No amount of money that Iceland Tourism paid you will make me what to go there.  Or Turkey.
P.P.P.S. If Justin *Rated R for Ruffian* is the next bachelor...I'm not watching.

Please talk to your people at ABC and tell them these freezing cold locations make for the most unromantic dates ever.  Also...guys writing poetry is lame unless they are doing it of their own accord.

Dr. Seuss called and he wants his poem back.  I was really impressed that after realizing that riding the donkey wasn't your strong suit...that you found a way to stand out to Ali.  Going in the hole first and then giving her your gloves was a great gesture. I think you will make someone a very good husband someday.

P.S. You are still a bad kisser.

Where the heck were you during this episode?   I really like you and I missed you.

P.S. I think you are too hot for Ali.

Your poem was very dramatic and heartfelt....too bad it looked like you were copying Kirk. I think it shows huge potential that after getting scolded by Ali, you had an AHA moment and are now on a mission to be Ali's man. This trait is very important in a husband.

P.S. Loved seeing your evil side trying to convince Krazy Kasey to show Ali his tattoo!
P.P.S. I thought it was funny that Ali likes that you think she's smart.

Look at you...all take charge cowboy, outdoorsman!  That is very sexy and why Bobbi is now on Team Ty...she's making a shirt and everything.  Love that you got the frozen rose for being a stand up guy.

Loved your poem and that it earned you the one on one date.  I also loved that you have a silly side that was willing to goof off and try on ladies sweaters.  Something tells me that your guilty pleasure is wearing your girlfriend's underwear.  I hope that Ali doesn't have to be vaccinated from your infectious joy for life and your mold poisoning.

P.S.  You inspire me NOT to wear matching sweaters with my husband.
P.P.S. Your sweater looked very pretty on you at the rose ceremony.

Your poem was very funny, I really liked it a lot.  And when you rode the donkey...you even got it to trot.  You've made a great impression even though you get lame dates. I have to say the hand drawn tattoo...it really took the cake!

P.S. Why doesn't everyone call you The Lawyer?

I don't know what happened this episode...but I don't like you anymore.  I don't really care for your wrestler persona and when you were systematically bullying (it's a real thing...just ask Kelly) Kasey I found it really inappropriate and sad.

P.S. Wearing Ali like a championship belt is not okay.

I think the reason we can't understand what you're saying is because you have a tiny mouth or you stuck your tongue to a frozen pole as a child.  You're a bit of a wack a doodle and your obsession with loving Ali and protecting her heart is a little....too much.  I felt like the guys needed to put you on suicide watch once you found out that you were going on a date with The Wrestler.  The fact that you love pain, love to love, love to give and love to share makes me think a restraining order is in your future.

P.S. You came, you sang, you got a tattoo!
P.P.S. I don't think your Mom is going to love that tattoo and she might want to have you committed.

I couldn't help but think that when Kirk was telling you his incredibly long story about his illness that he lost you along the way and you were thinking about shoes. I'm glad you pulled it out in the end and gave him the rose.  I was also happy to see you scolding Frank for not paying enough attention to you.  Something tells me you'd have to do this in real life too.

P.S.  Don't worry about the guy you pick not loving you back...I believe their contract with ABC requires them to love you for at least 6 months.

P.P.S. Totally sucks that you had to leave Kasey for dead (he did say this was Do or Die) on the top of that glacier...but it was the right choice for you, for him...and for America.

Oh Em Gee...your poem sucked.  It was like you weren't even trying and you just randomly tried to come up with stuff.  And then when you were finally getting some airtime talking to Ali and you were so awkward and saying weird stuff like...my guilty pleasure is Mexican Food instead of say...gambling or wearing woman's pantyhose.  I still can't believe that you went in for a hug.  What was entirely believable was when you were in the limo and you were at a loss for words.

Next week:  The gang goes to Turkey and there is drama!

*Ast is Icelandic for Love
Scribbled by Connie at 11:10 AM

Email ThisBlogThis!Share to TwitterShare to FacebookShare to Pinterest
Labels: The Bachelorette: Ali