Because I like to keep up on current events....I rented Harold and Kumar escape from Guantanamo Bay last night. These terrorists are scary people that hate America! It is scary to think that they could end up living in the US.

And as if that wasn't enough....there is a new bill in 'the house' that would punish Colorado drivers that drive slowly and leave 5 or more cars stuck behind them in traffic. Calvin is a slow driver. He consistently drives 10-15 MPH under the speed limit and we are consistently passed by people that throw us dirty looks and fancy hand signals. This new law would result in Calvin receiving a $50 fine and 3 points off from his license.

He used to wear glasses like this guy so that people thought he was old. I put a stop to that because every time I saw him in those things it killed any chance he had of making Whoopie with me and I wanted to have kids.

OH MY HECK!
I just found this old picture of Clark and his glasses! 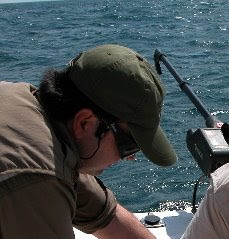 Scribbled by Connie at 8:31 AM