What IS Second City?

The contest was put on by Denver Center for the Performing Arts and the tickets were for The Second City Comedy show.  I'd been hearing good things about it and it was on my wish list of shows I wanted to see.

I was so excited when I won the tickets because you know how much I love the theater AND I love to laugh!  We started off by having drinks at The Corner Office...right across the street from the Garner Galleria Theatre and we had the pleasure of having Alex for a bartender. 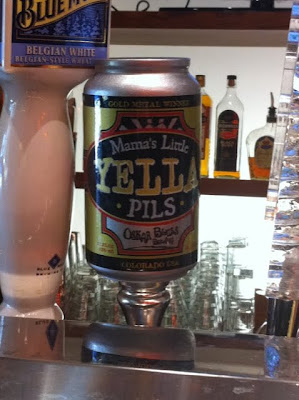 I was having a lovely time until we discovered that Alex was old young enough to be my son.  It was then that I realized I really need to stop flirting with bartenders because it's now becoming inappropriate.

We arrived at the Second City Show and found out that you can drink through the entire show!  I drowned my sorrows in Merlot and we made friends with the people that we were seated with.  We found out that they were there to celebrate their 6th wedding anniversary.

The show is very funny and I highly recommend it to anyone...unless you are easily offended.  If you can take a joke and let things roll off your back...then you should see this show.  If you are a member of The Tea Party...you should stay home.

There was a wonderful improv part of the show where they used this older gentleman from the audience and built the skit around his answers to a series of questions.  It was so hilarious that my stomach is sore today from laughing.

As the show was wrapping up and the actors were getting ready to do their last number.  My husband hollers up to the stage and asks WHAT DOES SECOND CITY MEAN?

I was really thankful that we were seated at tables so that I could crawl under ours.  My husband is a very smart man....how could he not know what Second City is?  The actor that was on stage answered his question and moved on....and then the rest of the cast came out and were looking out into the crowd to see who the simpleton was.

I joked around with my new friend Lori that we've both been married for 6 years and it's extremely obvious which one of us has two small children at home.  Look how fabulous she looks!


After the show...we asked our new friends to come have a drink at one of our favorite bars and we ended up telling them our dating story....in a he said/ she said fashion.  We think they liked us...because they asked for our phone number.  I hope they call...and that Lori wasn't offended when iKeith called her Cher.  If I could turn back time.... 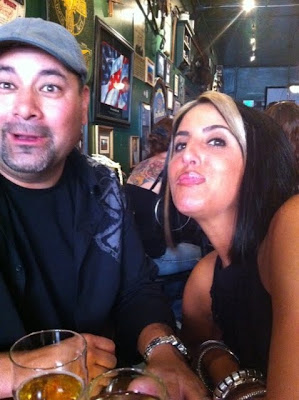 Keith and I are officially on the prowl for friends!


The Second City is a long-running improvisational comedy enterprise which originated in Chicago's Old Town neighborhood.

The Second City Theatre opened on December 16, 1959 and has since expanded its presence to several other cities, including Toronto and Los Angeles. The Second City has produced television programs in both the United States and Canada including SCTV, Second City Presents, and Next Comedy Legend, as well as being heavily involved in the creation of the satirical 1969 sci-fi film "The Monitors." Since its debut, Second City has consistently been a starting point for comedians, award winning actors, directors, and others in show business.
Top 10 Second City Alumni


In case you missed it...I revealed my new kitchen on Friday Night!
Scribbled by Connie at 8:13 PM

Email ThisBlogThis!Share to TwitterShare to FacebookShare to Pinterest
Labels: 5280, Theater