I'm going through Bachelor withdrawal.  We have two months until we get to see Desiree as The Bachelorette!  In case you want to put it on your calendar, the premiere date is May 20th.

On Friday I volunteered in Alex's classroom and ran the contractions center.  I giggled to myself that it was appropriate because I had been having contractions 6 years earlier.  One of the kids decided I needed a nick name and is now calling me C-Bone.  Another told me that he has to do his own laundry because his Mom is too lazy to do it.

Alex has been having a heck of a time passing his sight word tests and told us that it was because his teacher is too attractive.  She's distracting him!  He's also scrounging up every coin and dollar he can get his hands on to bid on a date with her next month at a school fundraiser.  Keith told him if he passed his sight word test he'd give him $10 towards his goal.

Guess who has two thumbs and passed his sight word test on Friday. 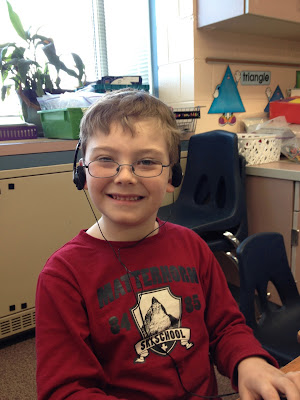 
We had a great weekend celebrating Mallory's birthday.  We started off with a little tea party.  Now she wants all of her meals served with all of this pomp and circumstance.   Should I call her Mary and get her a butler? 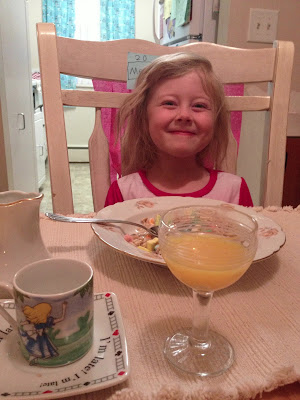 We bought a cake at Rheinlander's Bakery in Old Town Arvada, had lunch at Texas Roadhouse, went to the LEGO store so she could pick out one of her presents and then went to get a balloon.

Alex and I practiced spending lots of time in the car.  We're headed out on another road trip in a few days, this time to Dallas to visit my family!  The kids are super excited and I have no idea what we're going to wear.

We spent Sunday putting together legos and I made an traditional irish meal.  I'm so glad that it only comes around once a year because I'm not a fan of corned beef and cabbage.

I couldn't help taking these inappropriate pictures because on the inside...I'm really a 12 year old boy. 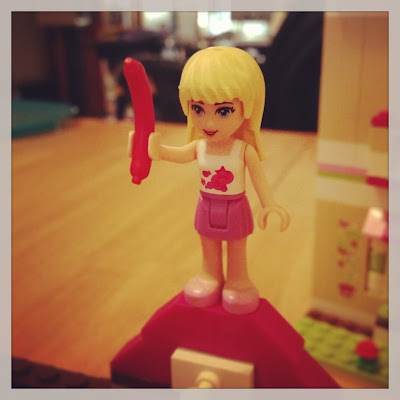 How was your weekend?
Scribbled by Connie at 7:17 AM