Are You Watching Nashville?

Are you watching Nashville?


It's only a few episodes in so you still have time to catch up!  It's a great TV drama about an old country singer (think Faith Hill) and a new up and coming country singer (think Carrie Underwood) that are fighting for top billing in the music industry.  There are also a couple secondary story lines of a young girl that just wanted to write poetry getting discovered and the old country singer's Daddy (that's what you call him in the south) bing an evil doer and getting her husband to run for Mayor.

Daddy....is played by Powers Boothe.  You might not know that name because you aren't into old guys like I am but he always plays a bad guy.  I think he's fantastic as Lamar.  You get to learn some of the back story about why he and Rayna are always at odds.  A revelation that she doesn't make for 20 years! 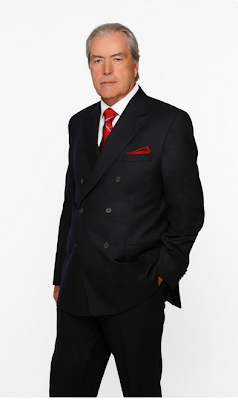 All of the actors and acctresses on the show are doing their own singing and you can buy the songs you hear on iTunes the day after it airs.  I've already bought several of the songs but my favorite one is If I Didn't Know Better by Sam Palladio and Clare Bowen.

Nashville is one of the only shows that my sister also watches so we love discussing the show.  A few weeks ago, we were texting about it and I discovered that my dear iPhone (his name is Vern) doesn't like the word whore. 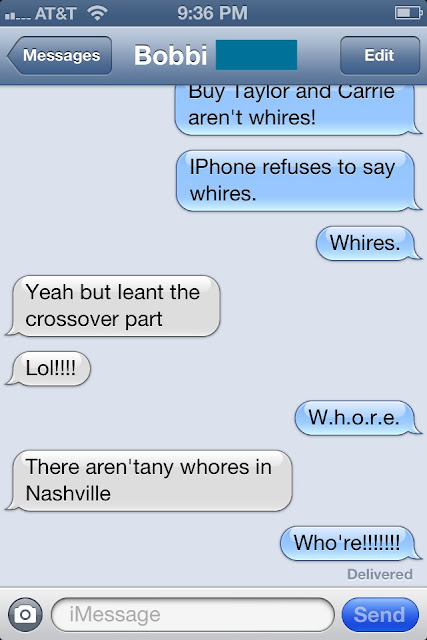 Scribbled by Connie at 7:09 AM