The last few weeks, we've spent quite a bit of time on the mean streets of Denver.  I think I've gotten so use to the way things are in our downtown area that I had forgotten it can be shocking to a child.

We decided to visit downtown Denver with our children and one of their friends over Labor Day Weekend.  We wanted to go to the Leonardo DaVinci Machines Exhibit because we are all about teaching our children more than what they learn in school.

The three musketeers were very excited. 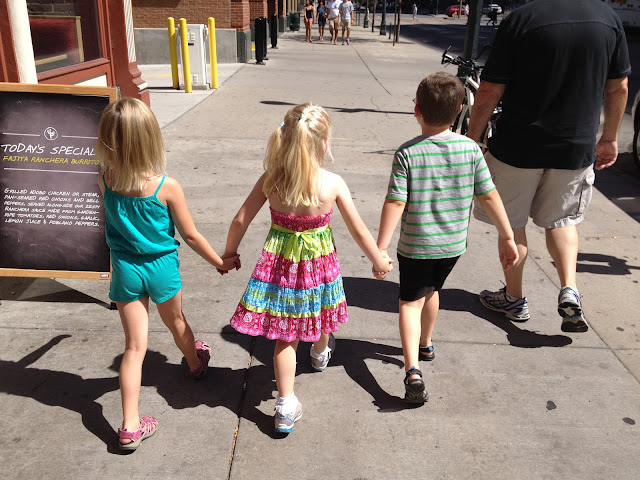 This is right before they lost their innocence.

This guy scared the heck out of all of us (except maybe iKeith) and then we had a talk with the kids about talking to strangers.  Then a STRANGER tried to give the kids a balloon animal and they were freaking out because he is a stranger.

As it turns out, Keith is a busker magnet and street performers will call out to him to help him with their performance.  I've seen it many, many times!  The apple doesn't fall far from the tree and my dear son was recruited and then ruined a man's magic career when he cut a rope with scissors that he was supposed to be pretending to cut.  In Alex's defense...who gives a 6 year old scissors?

We did have a great time at the DaVinci Machines Exhibit.  The kids learned so much and not just a slang word for an African American.  Yes.  That really happened.  I'm still in shock over it. 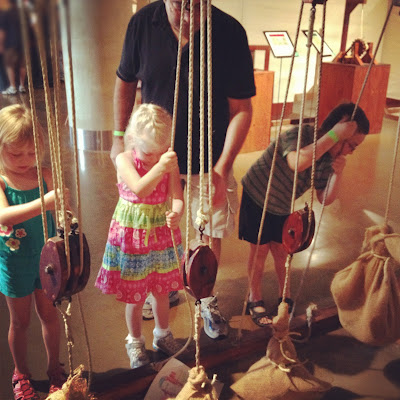 At the end of the day....I was really glad to see Jesus. 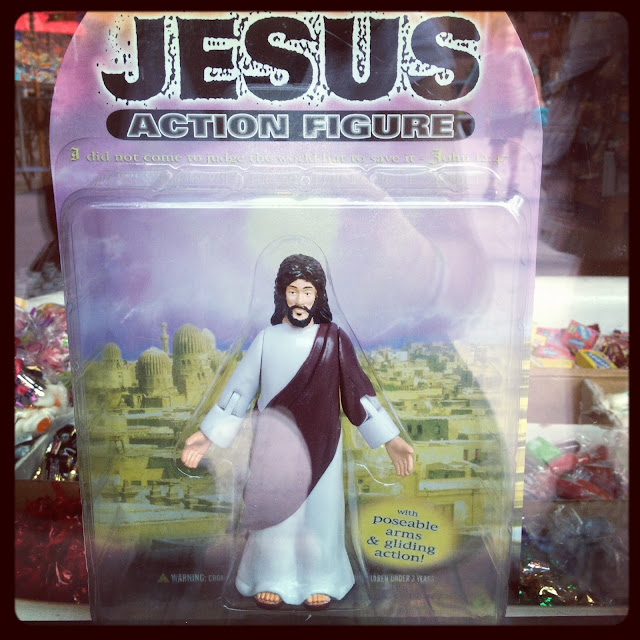 And I think it will be a while before a take one of my friends' daughters into the wilds of Denver again.
Scribbled by Connie at 7:28 AM

Email ThisBlogThis!Share to TwitterShare to FacebookShare to Pinterest
Labels: Denver