Do you remember me talking about Ian Axel?  His music really touches me and I stood 10 feet away from him when he played a private concert for Double Encore in November 2010.  If I'd realized then, that I was going to absolutely fall in love with his music.....I would have been all over him like stink on a monkey.

His song called We Are, touched me so much, it still makes me cry when I hear it.  It was the song I played over and over when we were trying to get our son into school, and I even made a video of my precious kids with it.  My son sings it all the time.

Someday, I hope to introduce my kids to Ian Axel.  They love his music as much as I do.

Well....Ian has had some help along the way.  His best friend Chad Vaccarino sings on many of his tracks and they have decided that they are going to partner up. 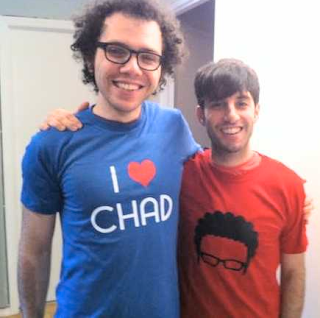 This means they are changing their name to A Great Big World.

I adore their music so much and I think you will too!  Check it out!

Now....If I can just get them to come back to Denver!!

Scribbled by Connie at 4:51 PM