Did you have a great 4th of July?

I'd been looking forward to this day ever since we made our Summer Fun List because I had been given tickets to the Denver Outlaws lacrosse game.

What?  You didn't know that Denver has a lacrosse team?  I didn't either but I'm here to tell you that they do, they are awesome and you should go to a game yourself!

Sports Authority Field is a pretty amazing and I had never been so close to the field before.  Alex was telling me that he his tummy was tickling himself.  He was so excited!  We were sitting directly across from where iKeith's Bronco Season Tickets are so it was nice to picture where he hangs out during every home game. 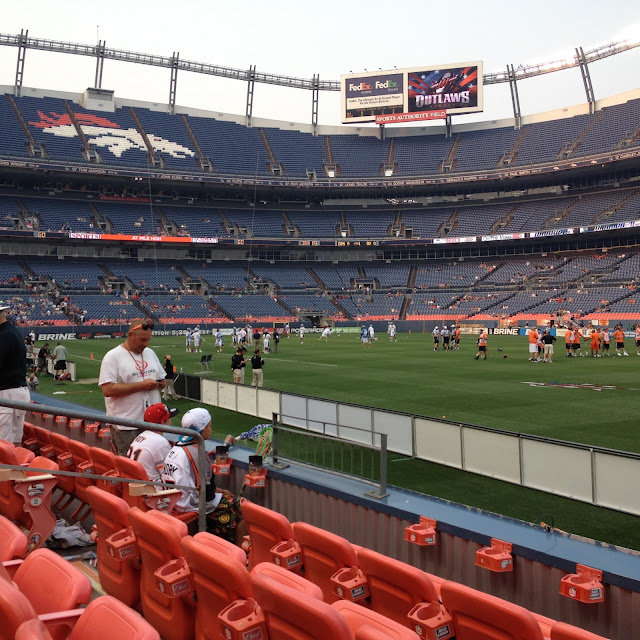 Once the game got started....Alex (and maybe iKeith) only had eyes for these girls.  I decided my life will not be complete until I own pom poms and white cowboy boots.

I couldn't stop watching the super fan that was dressed in a suit! I texted Aunt Bobbi a picture in hopes that she'd fall in love at first sight and get her skinny butt back to Denver. 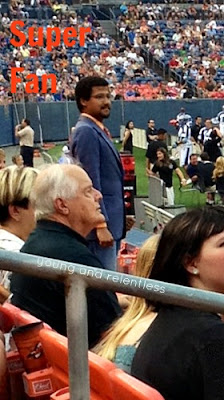 The game was very entertaining and easy to keep up with.  The ball is small and they toss it back and forth a lot so you really have to pay attention. It's kind of like hockey on grass.  the Denver Outlaws won 17-13 against the Ohio Machine, and we were super fans ourselves when it was over.

The added benefit of being at this game was that it was one of a few places that was having a fireworks display.  Many of the shows had been cancelled because of the wildfires and fire danger in Colorado.

It was the most amazing fireworks show I've ever seen!  And the music they chose to go along with it was perfect.  My children were awe struck!

This could be our new 4th of July tradition. 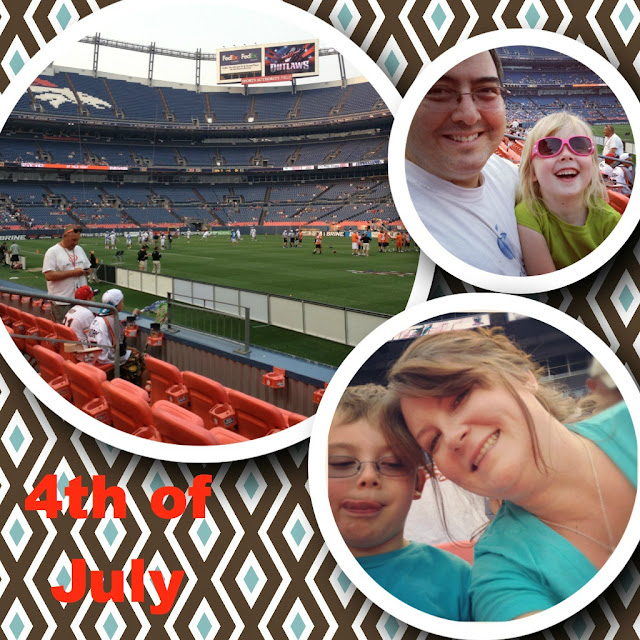 Have you ever been to a lacrosse game?

Disclaimer: I was given tickets to the Denver Outlaws game.  I was not asked to blog about it or drink 3 beers at the game.  All opinions and thoughts and headaches are my own.
Scribbled by Connie at 9:12 AM