Yesterday I tweeted that I was feeling badly that I hadn't done much for Alex's birthday.  He didn't get a party and I didn't decorate the house...his main *gift* was a visit to Denver to see his Nana which is what he said he wanted.  He didn't want a party.

I had a fun day planned and hoped that would be enough for him and luckily some unsuspecting strangers helped make the day really fun!

Our first stop was to a coffee shop in Ogden called Cafe Ville Bella because Mommy needed more coffee.  There was a super sweet gal working there who Alex fell in love with and preceded to put the moves on right in front of her boyfriend who was tapping away on his computer a few tables away.  Amy brought out a scone with a candle in it and everyone sang Happy Birthday to him. 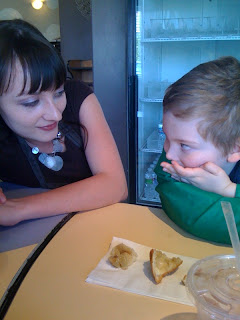 The owner came over too and tried to hook Alex up with his 4 year old daughter.  He can't wait to go back to Cafe Ville Bella.... 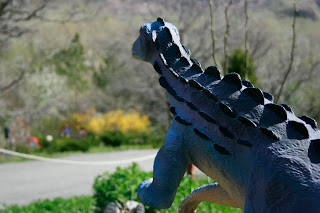 I decided to take Alex to the Dinosaur park because he loves it, it was a beautiful day and I had 8 days left on my family membership pass to get us in for free.  Bobbi had the day off so we invited her to come with us.  I thought there might be an issue about getting her in for free and I wasn't really excited to pay $7 for her admission so I had a couple of ideas about how I was going to handle it.

I presented my card to the cashier and she looked us over.  Two women, two kids.  I thought my plan might be thwarted because Mallory looks like she could be Bobbi's daughter and it might have looked like we were TWO moms trying to get in on one family pass.  I was all ready to go with plan B which was to tell her that we were lesbians and how dare she not accept us as a family when she asked for my drivers license to verify the membership belonged to me.

I didn't have my Lesbian Card with me so I decided if she pushed the issue I was going to go with my original plan which was that Bobbi was my STEPDAUGHTER and that my husband was an old man and I was a Gold Digger.


We had a great time chasing Alex all over the park and feeding the ducks. 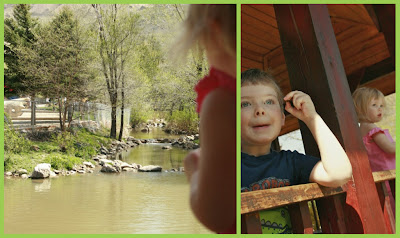 And I barely got out of there without them trying to keep Bobbi! 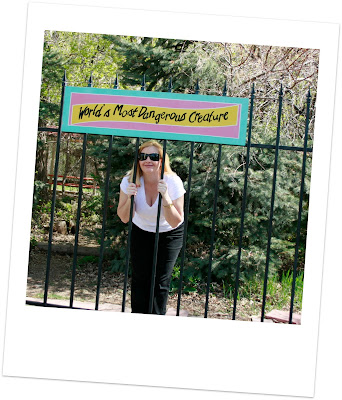 And the icing on the cupcake was when Daddy came home early and took Alex to the train store and bought him an electric Thomas Train Set that I told him we didn't have room for. And now the kid has THREE trains...can you say spoiled? 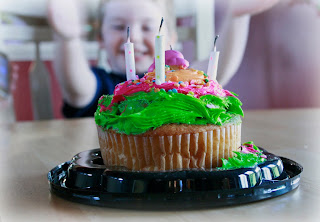 P.S. I'm really upset about Kate Gosselin leaving Dancing with the Stars. I know she didn't dance great but she was trying. I hate the way the media has treated her during this show. Criticizing her for doing the show in the first place when she's just trying to earn a living for her family. Does this mean that the media is going to do this to Angelina Jolie when she films movies for 18 hours a day and is away from her family for weeks at a time? Yeah...I didn't think so.
Scribbled by Connie at 7:38 AM