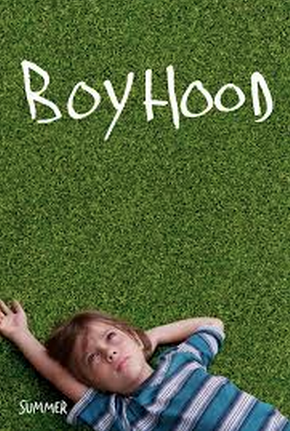 What an interesting movie.  I really enjoyed watching this young boy navigate life from the age of 6 to 18.  The story telling is really good with a few slow parts but that could be because the movie is so long that I needed a break in the middle.  At 2 hours and 45 minutes, I do advise treating yourself to an intermission otherwise you might give up on the film half way through.

I find it really interesting that this film was filmed over a 12 year period.  I loved seeing how Mason and Samantha grew with each new time period and felt so bad for the string of bad relationships that Patricia Arquette's character found herself in.

I like the ending message of the film; that moments seize us.  I like to think Mason has a great future ahead of him and will be happy someday.

Boyhood won a Golden Globe for Best Picture, Best Director and Best Supporting Actress.
Scribbled by Connie at 10:56 AM